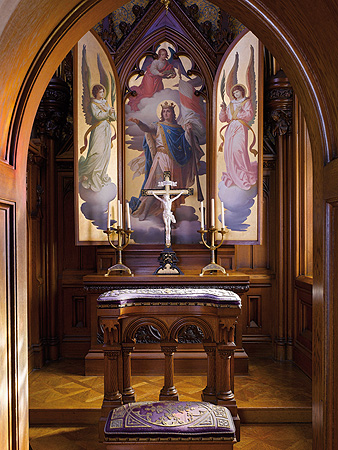 The oratory adjacent to the bedroom is also in the neo-gothic style. The murals, glass windows and the middle picture on the altar feature Louis IX of France, the patron saint of the king. There was a further connection between Ludwig II. and the ruling Bourbon family: King Louis XVI – a direct descendant of Louis IX – was the godfather of his grandfather King Ludwig I.

back to the bedroom

further on to the dressing room