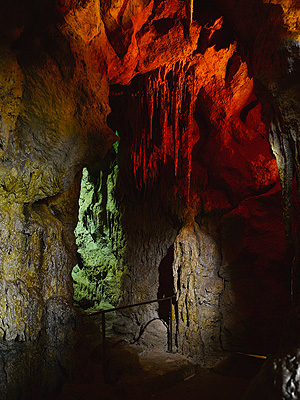 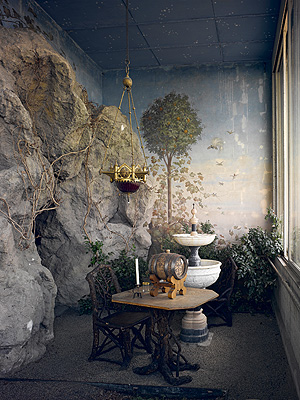 Between the salon and the study is a room that would not normally be found in a royal apartment: a small grotto. The set-designer August Dirigl created the artificial dripstone cave, which originally had coloured lighting and a waterfall. It was based on the idea of the Hörselberg in the Tannhäuser saga.

A glass door which opens by sliding down into the "rock" leads from the Grotto to the Conservatory. Through the large glass panes there is an uninterrupted view of the Alpine foothills. The small fountain in this room was intended for a Moorish Hall, which was not however completed.

back to the salon

further on to the study